Last Thursday we were pummeled with about 12 inches of powdery snow.

Almost everything closed down even UPS.  Thankful for the angels at the cancer center who stayed and let me have chemo in the middle of the terrible weather.  Thankful for my UPS man that was able to drive me to and from safely.

Last night we received round two which dropped another 8-10 inches on us.   The news reported that if this snow wasn't so wet we would have easily received 15 inches this morning.

Most of the city shut down and people stayed home. Again UPS closed for the 2nd time that we can ever remember.

So what else do you do on a snow day but, play in the snow!  It took us nearly 20 minutes to get the girls swaddled up enough to brave the elements.  Last time it snowed Alayna only lasted a few minutes due to her hands getting cold and wet.  I double wrapped her in mittens, baggies, then a pair of my mittens to keep her hands warm.  Thankfully it worked and we were able to play outside for about an hour.

Dariya absolutely LOVES the snow and was giddy with delight. 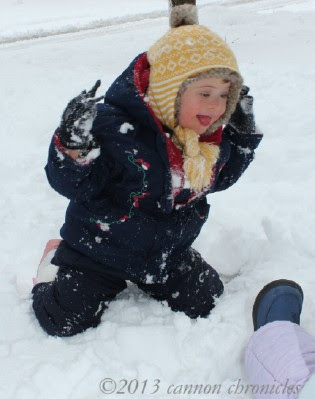 She was a crack up, army crawling through the snow, throwing snowballs and tasting the snow.  Of course, we will have to teach her that you don't play ostrich in the snow! 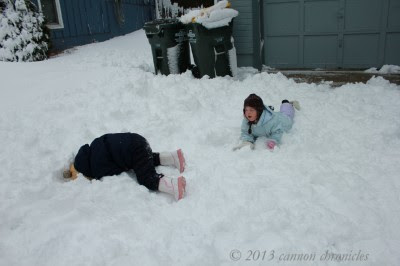 Our littlest princess likes to hang out and watch all the snowballs going by.  When the war between her siblings starts she moves out of the way and makes sure she still looks cute for the camera. 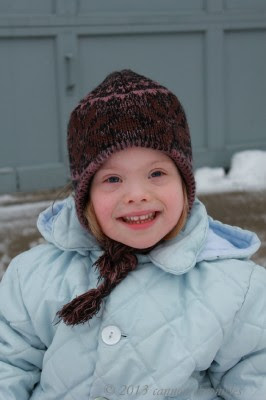 She tried to make snow angels but the snow was too wet and heavy for her little self to move. 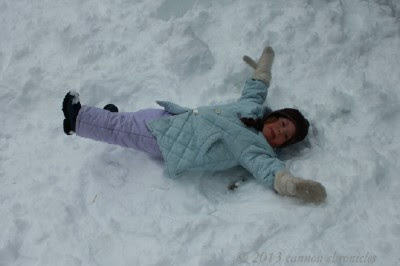 and finally the king of the snowballs had a blast making sure no one in the family was left out of the fight. 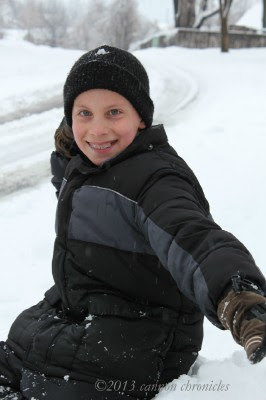 Can't think of a better way to spend a snow day than giggling with my family.

I am so blessed!

Praying for the families without power and that the streets don't refreeze tonight.
Posted by Rochelle at 2:29 PM
Email ThisBlogThis!Share to TwitterShare to FacebookShare to Pinterest

Oh, how FUN!!!!! We're still waiting futilely for a snow like that, and I'm insanely jealous. Love the pics of your gorgeous kids enjoying the weather! :-)

Ostrich pic is hilarious! So cute! Glad you were able to make it to chemo yesterday and then PLAY today! Continuing to pray for you. Glad you're finding joy in the journey.

I am so jealous! It has snowed here for the past five days and none of it stuck...CRAZY!!!! Glad to see someone had enough to have some fun!